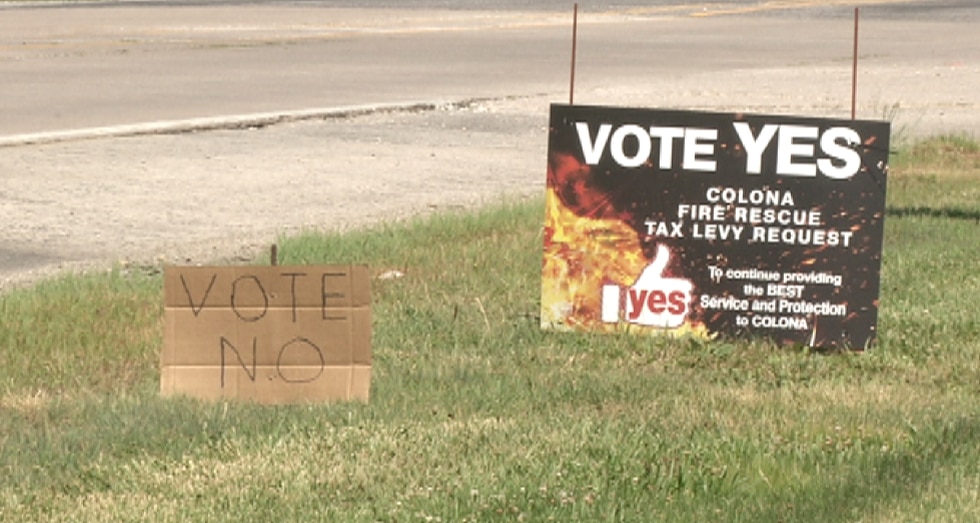 COLONA, Ill. (KWQC) – Residents of Henry County voted against a 0.1% tax increase for the Colona Community Fire Protection District in Tuesday’s primary election. Colona households would have seen their property taxes increase by an average of $40 next year.

The vote failed by just 24 votes, according to preliminary results.

Regardless of the outcome of the polls, Fire Chief John Swan said they are actively recruiting more volunteers in order to effectively protect the community.

“We’re still sweating bullets and I hope the best for you,” Swan said. “As the fire chief, I must at least tell you outright that there are problems, especially during the day.”

Currently, during the day, the volunteer department has only two active people on its roster of 24 people.

“We have two old guys. I am one,” Swan said. “We have a syndic who helps, but we don’t put on air packs. IDLH requires from the young firefighter, ages 18-35, someone who can pass the physique to carry our air bag.

With a new bailout tax levy, the department hoped to recruit two full-time paid first responders. According to Swan. approximately 80% of the calls received by the service relate to rescues.

“Fire burns the same in a small town as it does in a big city, there is no difference,” Swan said. “There is this risk and this threat for everyone. So we want our firefighters to be properly trained, which is going to take a lot of time and effort to train them. »

The referendum came as volunteer and paid fire and rescue services around the world struggle to find staff. Swan said the department is scrambling for more resources.

“We’re trying to get grants the SAFER grant,” Swan said. “If we could get the SAFER grant through FEMA, that means we might be able to hire people right away… It doesn’t solve the long-term problems. Grants are short-term.

Those interested in becoming a firefighter in Colona are encouraged to contact the Colona Fire Department directly either by phone at (309) 314-0939 or on their Facebook page.