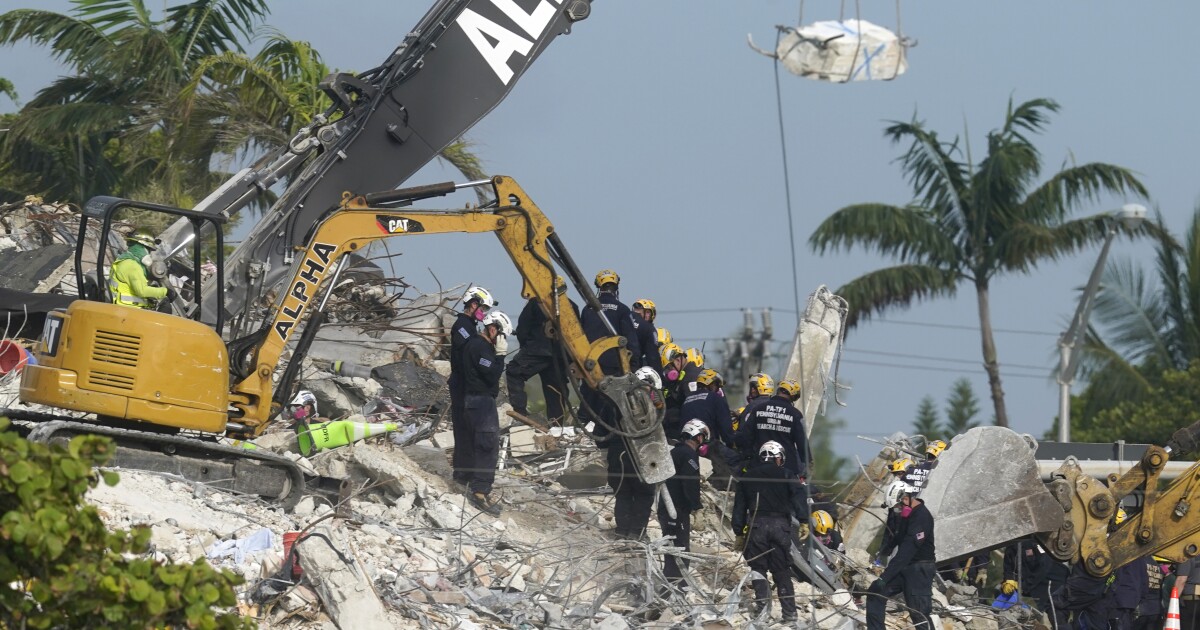 Governor Ron DeSantis on Friday signed an executive order that â€œindefinitelyâ€ suspends the property taxation process for residents of Surfside whose homes were destroyed or made uninhabitable following the deadly partial collapse of the South Champlain Towers on June 24. .

DeSantis announced the action at a press conference in Surfside a day before issuing the executive order.

â€œMy goal is to suspend, to waive any law that I can under the state of emergency to prevent this,â€ DeSantis said Thursday.

Tax bills are based on estimated property values â€‹â€‹as of January 1.

The Miami-Dade County real estate appraiser’s office is expected to send out the TRIM notices at the end of August.

Friday’s order, issued after the condominium was demolished, notes that DeSantis “will ask the Florida legislature to explore additional legislative acts that may be needed to ease taxpayer property tax obligations.”