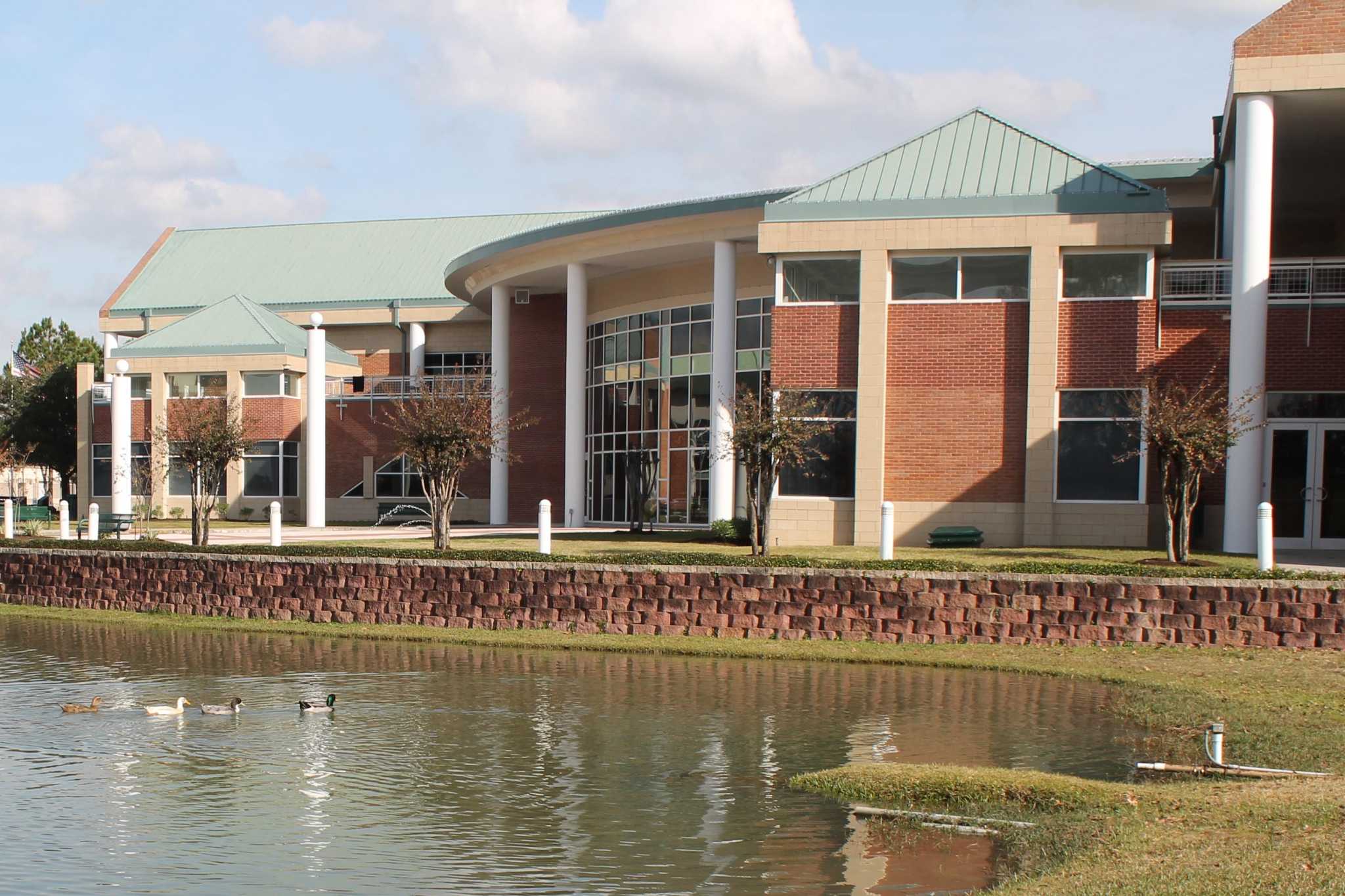 The Atrium Center, the latest facility to debut in the rapidly growing New Caney neighborhood, has a newly renovated venue to host corporate meetings and training sessions, as well as weddings, discounts diplomas and other festive occasions.

With 15,000 square feet of rental space, the Atrium Center is the new name for the East Montgomery County Improvement District (EMCID) headquarters located just north of the intersection of US Highway 59 / Interstate Highway 69 and the Grand Parkway. EMCID recently completed planned improvements to the site and the renovated facility held its inaugural event on December 1, hosting the monthly breakfast of the East Montgomery County Chamber of Commerce.

The heart of the building is a large atrium, with 20-foot windows overlooking a pond and fountains, which gives the entire establishment its name. The hall, which has long served as a gathering place for community events and private events such as weddings, has been renovated to also accommodate large corporate meetings and seminars.

â€œThis spring we decided we had to change the name. It was a mouthful, the East Montgomery County Improvement District Complex, â€Kelley said , communications director of EMCID. â€œThe great hall has always been known as the atrium. It wasn’t a huge leap for people to accept the name change, because people just said, â€œWe’re having our event in the atrium over there. “

Built in 2002 as the headquarters of EMCID, the building housed the offices of the improvement district and the chamber of commerce. It also housed space for state officials and state senators who wanted to establish an office in the community. Space has also been made available to Lone Star College to house its Academy for Lifelong Learning program.

â€œWhen this was originally built, the community thought it was the Taj Mahal of buildings. They wanted it to be a place the community could be proud of, â€said Mattlage.

Last year, with the building closed to the public due to the COVID 19 pandemic, EMCID decided to re-evaluate the facility’s potential to serve more than just an office building. The decision was taken to create a gathering place for legal persons as well as to increase the attractiveness of the place as a wedding destination.

â€œIn June, we announced that we were making changes to the building, not a remodel, but rather a refresh of things, with new paint, new carpet,â€ Mattlage said. Most of the renovation budget was spent on adding a fire suppression system and other maintenance upgrades to the nearly two-decade-old building. â€œWe were able to renovate some of the toilets and we added additional toilets for women,â€ she said.

The renovations also included converting a conference room into a luxurious bridal suite, with velvet sofas and four stools placed in front of lighted mirrors where members of the wedding party can have their hair done and makeup done. The suite also has amenities such as a refrigerator and a coffee maker.

Late last year, the Improvement District hired Event Manager Ryan Bonifas as Venue and Events Director to help guide the Atrium’s transition from an office building to a event location. With over 15 years of experience in venue and event management, Bonifas previously oversaw the operations of Fair Park in Dallas and Bass Performance Hall in Fort Worth. He has produced and directed festivals, concerts, consumer shows, meetings and conventions for 50,000 people.

Bonifas said he was excited about the opportunity to attract both businesses and private clients to host their events at the Atrium. â€œIt’s a beautiful space. The more time I spend in this room, the more I appreciate it. As we move forward in the coming months, we’re going to have some pretty cool events here, â€he said.

In addition to the physical renovations to the building itself, other improvements were made to improve the experience for users of the space, including the installation of an improved sound system.

â€œWe’ve really improved our game, with the sound package that we can provide. We have music when you enter our building, â€he said. â€œWhen I organize an event, I like to attract that guest as quickly as possible. When you walk into a building that has a little more activity, you get a feeling that something good is going on.

In addition, EMCID management rewired all speakers inside the building and added wireless microphones to allow business customers to make audio / visual presentations. The new system allows presenters to move around while giving their presentations. The acoustic upgrades extend to the exterior of the building, which has a patio suitable for hosting weddings and other outdoor events. There, two large speakers can provide music to counter the noise of the nearby busy freeway.

In addition to improving the audio environment, part of the process of transforming the interior of the Atrium from that of a sterile office building to a gathering space inviting to relocate involved the visual arts. â€œKelley and I got together earlier this year and wanted a different look for the building. We created the Call for Art, â€said Bonifas. Artists from Montgomery and surrounding counties have been invited to submit their works for exhibition.

The program resulted in more than 80 entries, with the winning entries displayed on the venue walls, along with the names and contact details of the local artists who created them.

Bonifas, who also manages EMCID-sponsored events held outside the Atrium, said he plans to launch a major campaign to market the venue to potential customers early in the new year. He said the district is currently planning its big “Vacation To Remember” event in the downtown Valley Ranch area. The family event starts on December 19 and ends on January 3.

Starting next month, the district will begin to actively promote the Atrium as a wedding destination. Atrium staff will be holding a booth at the Houston Bridal Extravaganza at the George R. Brown Convention Center on January 8-9, and the venue will host its own open house for the bride on January 30. group of vendors, and guests will be able to tour the venue and talk to myself or event coordinator Arianna Fake to talk about weddings or other events they would like to host here, â€he said .

Additionally, Bonifas said he plans to reach out to potential corporate clients looking for a location to host their next business meeting, seminar or training session in the coming months.

â€œWe have six breakout rooms that we can have for conferences and the main atrium floor can comfortably accommodate 150 people,â€ he said. The main room is also equipped with TV monitors, which allows the room to be configured in a classroom setting.

â€œWith the way our rooms are set up, we can do a lot of different things. I always tell people, â€œAs long as we don’t break the fire code, I’m open to anything. “

Mattlage said the Atrium’s location is a big selling point for potential corporate clients looking for an easily assessable Houston-area location that is away from the city’s traffic and congestion. Located approximately 15 miles from the Houston Intercontinental Airport, the Atrium is easily accessible via US 59 and the Grand Parkway.