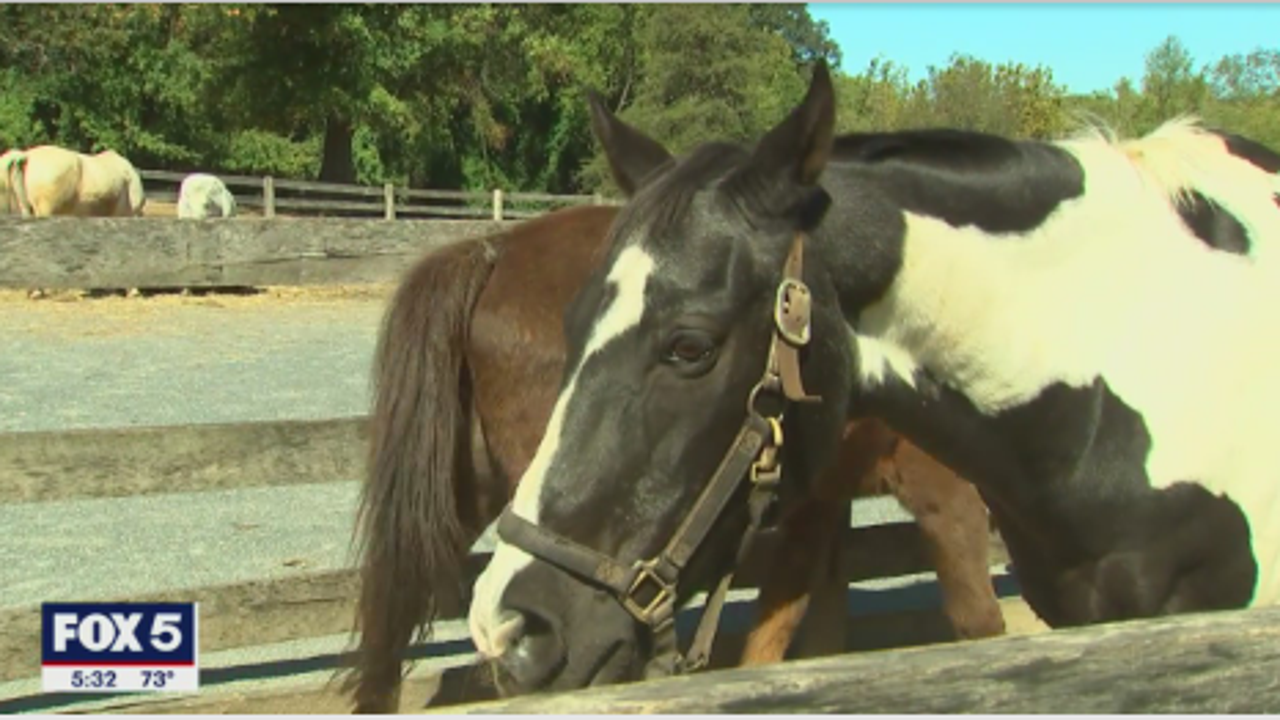 Saving the horses and the barn they live in – this is the idea behind a community effort at Wheaton Park Stables in Silver Spring that could close due to aging infrastructure.

SPRING SILVER, Md. (FOX 5 DC) – Saving the horses and the barn they live in – this is the idea behind a community effort at Wheaton Park Stables in Silver Spring that could close due to aging infrastructure.

“There aren’t a lot of places that take these guys and what they can do, sorry,” Rebecca Roe said, biting back tears on Friday.

Roe is the program director with Cura Personalis at the stables.

She chokes whenever she says she thinks about what might happen if the stable closed.

“You see them growing up, going from nervous and shy to confident,” Roe said of the many adults and young children with special needs that she works with in the stables.

The facility not only provides daily pay for riding lessons to anyone in the community, but also equestrian therapy and simple chores for their group to do around the barn.

“It’s a place they own and to take it away from them would be heartbreaking,” Roe said.

Barn owner Sandra Creecy said the facility could close because the county says it is now 60 and in need of a lot of renovations, which would take a ton of money.

“Everything will cost money, but again, this is such a historic building that has so much history and what is being done to help different people in different regions for so many different reasons,” said declared Creecy.

There is currently a local online petition circulating in the county with hundreds of signatures already collected to prevent the barn from closing.

County park officials have said they’re not yet sure what will happen with the barn itself, but they don’t want anyone to panic.

“All we are saying in the park master plan is that at some point in the future we may have to think of another land use or add something else to the land,” said said Chuck Kines, park planner for the Montgomery County Parks Department. .

Kines added that no final decision has been made but that there is a draft plan, being drafted, that will be presented to the Montgomery County Planning Council this winter, likely in January.