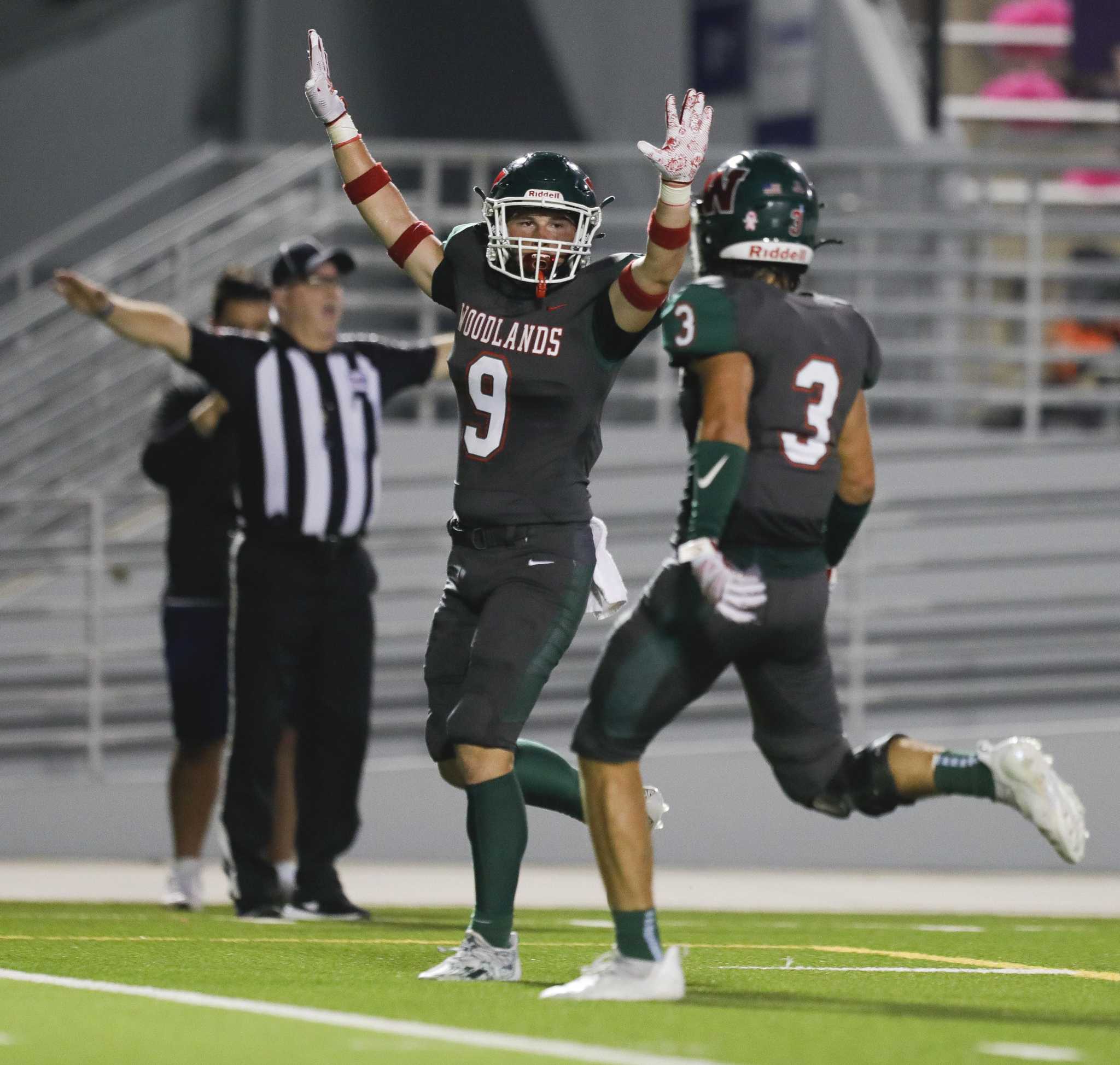 With the game coming to an end on Friday night, at least five Montgomery counties competing in the College Interschool League solidified their playoff spots with two weeks remaining on the schedule.

In class 13-6A, The Woodlands are heading to the playoffs for the 27th straight season after dominating Grand Oaks on Friday night. The Highlanders have games coming up against Conroe (2-1) and College Park (2-1) for the district title race.

Unbeaten, Montgomery (4-0) sits first in District 10-5A (Div. II) and nabbed a playoff berth with a victory over Lamar Consolidated on Friday night. The Bears can clinch at least a share of the district title this Friday with a win in Huntsville. Right now, Montgomery and A&M Consolidated (4-1) each have four wins, with Montgmery holding the tiebreaker with a head-to-head win over the Tigers. A&M Consolidated will play Rudder this Friday and have a pass in Week 11. Montgomery will play rival Lake Creek in Week 11.

In District 10-5A (Div. I), Magnolia West (6-0), New Caney (5-1) and Magnolia (4-2) are all in the playoffs as Magnolia secured last place with the loss de Waller vs. New Caney Friday night. Magnolia is two games ahead of Waller (2-4), Lufkin (2-4) and Porter (2-5). The Bulldogs have already beaten Waller and Lufkin as a clash with Porter looms next week, the result won’t affect a playoff berth as the Spartans can only have a maximum of three district game wins with a pass in week 11.

The Woodlands outscored Grand Oaks 49-20 on Friday night to celebrate the homecoming with a District 13-6A victory at Woodforest Bank Stadium.

Second-year quarterback Mabrey Mettauer had 399 yards and four touchdowns on 16 of 24 passes for the Highlanders (6-2, 3-0). He also ran for two touchdowns.

JoBarre Reed led rushing yards with 61 while Jason Williams had a rushing score.

Harrison DiPasquale had an interception while Tommy Kratt, Ethan Scott and Reiley Payne each picked up a bag each.

Jacob Smith threw three touchdown passes and 336 yards for the Grizzlies. Freshman Quannell Farrakhan received two of those touchdowns and he totaled 168 yards. Running back Brandon High caught the other touchdown. He had 95 receiving yards and 75 rushing yards.

The Woodlands travel to Conroe on Friday at 7 p.m. while Grand Oaks host Willis on Thursday at 7 p.m. at Woodforest Bank Stadium.

The Montgomery Bears outscored Lamar Consolidated 41-24 to go undefeated this season and to celebrate reunion night at MISD Stadium.

Senior Jalen Washington once again had a huge night for the Bears (8-0, 4-0) with 222 rushing yards and four touchdowns.

Kyler Wilson and Korbin Ballenger each had an interception for Montgomery.

The Bears travel to Huntsville this Friday for a 7:30 p.m. kickoff at Bowers Stadium.

Willis takes another 13-6A victory

Willis is a one-berth playoff victory after outscoring Oak Ridge 33-9 on Friday night in a District 13-6A contest at Berton A. Yates Stadium on reunion night.

DJ Lagway threw for 152 yards and a score at Kory Ford.

For Oak Ridge (1-7, 0-3), who has now lost seven straight, Tevian Jefferson caught a 12-yard touchdown pass from Steve Smedley to tie the score at 7 in the first quarter. The War Eagles then took on a Willis running into the end zone for safety late in the fourth quarter.

Willis will travel to Woodforest Bank Stadium on Thursday for a 7 p.m. kick against Grand Oaks. Oak Ridge faces College Park the next night in Woodforest at 7 p.m.

Magnolia West added another tally to her eight-game winning streak to start the season as the Mustangs outscored Porter 49-7 in District 8-5A (Div. I).

Porter (2-7, 2-5) got his only touchdown from running back Joshua Evans-Pickens, who totaled 100 yards on the night. Jaiden Knight made 11 tackles for the Spartans and Izhan Sheikh made five tackles and one interception.

Magnolia West will travel to New Caney on Friday night at 7 p.m. while Porter ends the season Saturday afternoon at 2 p.m. against Magnolia. Both matches take place at Randall Reed Stadium.

New Caney took Waller 38-17 on Friday night for their fourth straight win in District 8-5A (Div. I).

Kedrick Reescano rushed for three more touchdowns and 184 yards on the night.

TWCA stops the slide in a big way

John Cooper ends the regular season with a win

Legacy Prep lost 27-14 in an out-of-district game against Tomball Christian on Friday night.

Bishop Moorman received a 70-yard touchdown for the Lions (1-5) while Jeremy Brown returned an 85-yard kick into the end zone. Brown had 72 receiving yards and 52 rushing yards.

Splendora falls for the third time in a row

Splendora’s playoff chances are on life support after a 41-7 home loss to Huffman-Hargrave on Friday night in District 10-4A (Div. I).

The Wildcats (4-4, 0-3) are the only winless team in the district in sixth place.

Colby Frazier threw a touchdown pass to Weston Price for the Wildcats’ only game of the night. Price had 108 receiving yards while Frazier pitched for 114. Running back Zane Obregon had 158 yards.

Logan Mueller made 10 tackles and a fumble recovered. Sean Carsten forced the fumble.

Splendora heads to Lumberton this Friday at 7 p.m.

The property tax clock is ticking….