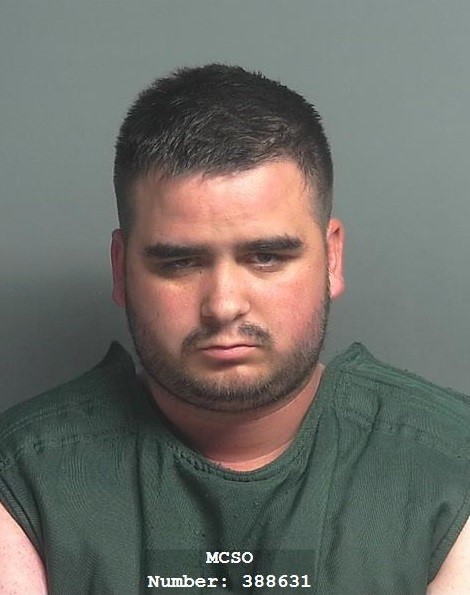 The suspect, Michael Zachary Howard-Dale (w / m, 26), is charged by the Montgomery County district attorney’s office with aggravated assault against an official.

A photo of the Howard-Dale Montgomery County Jail reservation is attached to this press release.

HPD Senior Police Officer S. Cleveland sustained gunshot wounds to his left arm and abdomen and was transported to HCA-Houston Healthcare Kingwood in critical but stable condition. Officer Cleveland is assigned to the Kingwood Patrol Division and was sworn in as an officer in November 2009.

HPD patrol officers responded to a disturbance call at an apartment complex at the above address and spoke to a tenant who said she was spat in the face by a man, later identified as Howard-Dale, who lived in another apartment in the complex. Officers attended Howard-Dale’s apartment and contacted him.

During the altercation, Howard-Dale pulled out a pistol and fired several times, hitting Officer Cleveland in the arm and abdomen. The officer’s bulletproof vest managed to stop the bullet in the abdomen. The officer was then transported by paramedics from the Houston Fire Department to the hospital where he is expected to undergo surgery and recover. Howard-Dale was arrested at the scene and subsequently charged for his role in the incident.

Clear all property taxes by July 31 or face action: MCG | News from Gurgaon