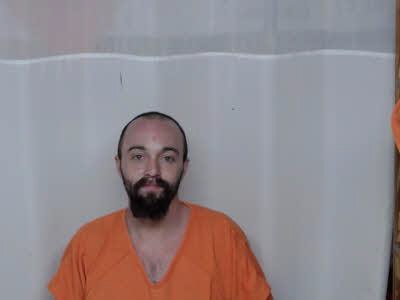 NORMAN — A convicted Montgomery County felon currently on probation is in the Richmond County Jail after allegedly walking down the road while waving a gun.

Deputies from the Richmond County Sheriff’s Office were dispatched to Capel Mill Road in Norman on Tuesday in reference to a “suspicious male” carrying a gun and a bottle and screaming while walking down the road, according to a news release.

The first deputy at the scene allegedly saw Atlan Gage Williams, 29, of Star, waving a gun. The deputy allegedly gave Williams several commands to lay the gun down, and Williams eventually did so before he was detained.

According to the sheriff’s office, deputies conducted a background check on Williams and found he had a felony conviction. Records from the North Carolina Department of Public Safety’s Adult Corrections Division show the sentencing took place last month.

Williams was arrested and charged with possession of a firearm by a felon. He was taken to the Richmond County Jail at 12:55 a.m. Wednesday and is being held on $20,000 bond.

Williams has previously been convicted of assault with a deadly weapon in 2016 and assault of an officer in 2013 and also faced probation in those two cases.

He was first convicted in 2010 of impaired driving. His probation was revoked, placing him behind bars for two months.

Records show Williams was also convicted of three counts of driving with a revoked license.

All defendants facing criminal charges are presumed innocent until proven guilty by a court.