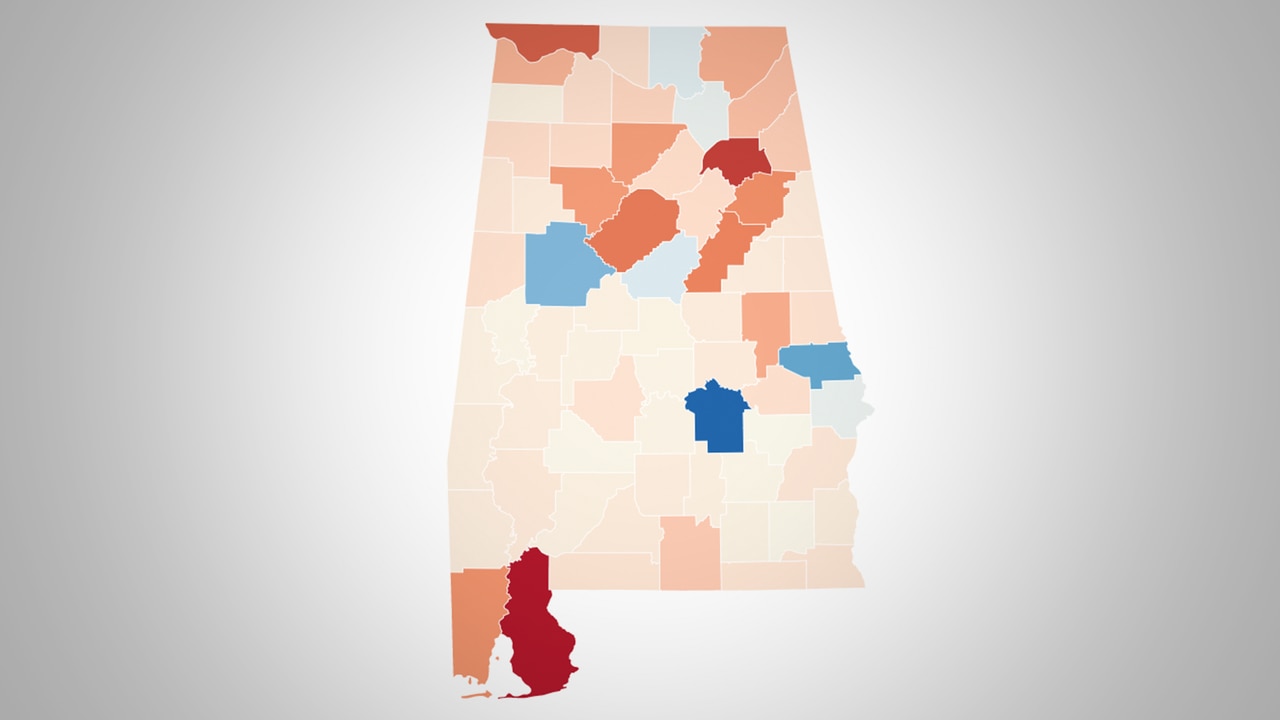 Almost every county in Alabama recorded more deaths than births from 2020 to 2021 as the COVID-19 pandemic tore the state apart. This means that, in most places, Alabamians are not reproducing fast enough to sustain the state’s population.

However, more than half of the counties in the state still managed to grow or maintain a stable population over the past year. And that’s thanks to the influx of newcomers.

Data recently released by the US Census Bureau shows that 59 of Alabama’s 67 counties lost population through natural change – or the number of births minus the number of deaths – from July 1, 2020 to July 1, 2021.

Although most counties lost people due to natural changes during this period, only 34 counties lost significant population overall. Others who haven’t backed down can thank people who have moved into the county from overseas or elsewhere in the United States.

The main components of a region’s demographic development are births, deaths and net migration. For most Alabama counties, COVID-19 has brought about an unprecedented shift in how populations change. 2020 was the first year in Alabama’s recorded history where the state recorded more deaths than births. Meanwhile, net migration increased in many areas and kept much of Alabama stable.

Even some of the fastest growing areas of the state have suffered greatly during the pandemic. Baldwin County, Alabama’s second-fastest growing county from 2020 to 2021, had the largest total population loss due to natural change.

Limestone County, the fastest growing county from 2020 to 2021, also lost population due to natural change.

Both counties have just seen a huge influx of newcomers, especially from the United States.

In Baldwin County, there were 607 more deaths than births from 2020 to 2021. This represents a loss of 0.3% of the county’s population in one year. On the face of it, that’s not a huge number, but population loss due to natural change is something that didn’t happen often in Alabama before the pandemic.

Baldwin more than compensated for the losses due to the migration. It saw a net increase of nearly 7,000 people from internal migration alone in just one year.

Baldwin County is used to this kind of migration. As the hotbed of Alabama’s beaches, it’s seen some of the highest numbers of internal migrations in the state over the past decade-plus — a big reason it’s grown so rapidly in recent years. But this migration also made Baldwin one of the oldest counties in Alabama, especially among the most populous counties in the state. Of the counties with at least 50,000 residents in 2020, none had a higher median age than Baldwin. Age was one of the main risk factors for negative COVID-19 results.

Eight of the state’s 67 counties actually recorded more births than deaths from 2020 to 2021, bucking the broader trend. This included some of Alabama’s largest counties.

Montgomery County – home to the state capital – recorded nearly 500 more births than deaths during this time, the largest gross natural increase of any county. The trend here is the opposite of most of the rest of the state. However, unlike Baldwin, Montgomery lost population due to internal migration and, overall, because more people moved than moved in.

The home counties of Alabama’s major universities, Tuscaloosa and Lee counties, each recorded about 300 more births than deaths.

Do you have an idea for an Alabama data story? Email Ramsey Archibald at [email protected]and follow him on Twitter @RamseyArchibald. Learn more about Alabama data here.