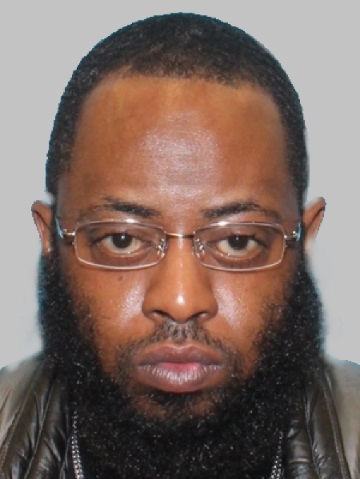 NORRISTOWN — Authorities are looking for a Philadelphia man in connection with the shooting death of a woman at an Upper Merion gas station.

Montgomery County District Attorney Kevin R. Steele and Upper Merion Police Chief Thomas Nolan announced on Saturday that a warrant has been issued for a Philadelphia man in the Friday slaying evening of Tamara Cornelius, 31, while pumping gas at a gas station. in Upper Merion Township.

Authorities are looking for Rafiq Thompson, 38, of North 47th Street in Philadelphia, for first-degree murder, according to a news release.

At approximately 10:22 p.m., Upper Merion Township police were dispatched to the Exxon station at 113 N. Gulph Road for a report of gunshots. They arrived to find Tamara Cornelius lying in the parking lot of the gas station, suffering from multiple gunshot wounds. She was taken to Paoli Hospital, where she was pronounced dead at 11:09 p.m.

An autopsy is scheduled for Monday by the Chester County Coroner’s Office.

A joint homicide investigation has been launched by Upper Merion Township Police and the Montgomery County Detective’s Office. Detectives analyzed the scene and found four 9mm cartridge cases and a take-out bag from The Cheesecake Factory in the front seat of the victim’s car.

The investigation revealed that the accused and the victim had a previous relationship and that the two met and spoke briefly at 9.11pm before she went to dinner at The Cheesecake Factory. The investigation revealed that the victim left the restaurant at 10:15 p.m., walked to the parking lot, then drove to Exxon station. The accused followed her. While Cornelius was pumping gas, Thompson got out of his car, spoke to the victim, then shot him dead. He continued to shoot her as she tried to run away.

Police say Thompson should be considered armed and dangerous because the firearm was not found at the scene. Thompson is black, 5 feet 7 inches tall, and weighs approximately 167 pounds. If Thompson is spotted, call 911 immediately.

For advice on Thompson’s whereabouts, the public is asked to call Upper Merion Township Police at 610-265-3232 or the Montgomery County Detectives Hotline at 610-278-DOIT ( 3638). Anonymous text tips can be submitted using MontcoCrimeTips on STOPit! on the STOPit! application. The STOPit! The app can be downloaded for free from the App Store for iPhone or Google Play for Android, then use code MONTCOPA to get the Montgomery County version of the app.